During Codemotion Rome on March 18 & 19, we’ve had the chance to talk to Chiara Russo, one of the passionate founders of Codemotion.

Benni: Hi Chiara, it’s the second day of Codemotion Rome, how are you doing? Are you satisfied with the event so far?

Chiara: Yes, we are really satisfied and we are really happy because most of the attendees have been saying “Thank you so much, the event is awesome”, that makes us happy. We were a trending topic on Twitter all day yesterday and also today so everything is supercool.

“International speakers told us that it is one of the best conferences they have been to.”

Chiara: Lot of attendees were happy but we’ve also received really good feedback of our speakers. International speakers told us that it is one of the best conferences they have been to.

Benni: That’s important as well of course – how many visitors have you had all in all during the two days?

Chiara: I don’t have the last number of today but I think around 1.800 visitors.

Benni: Great! What are the biggest differences compared to previous years? What have you been trying to do differently this year?

Chiara: We tried to organise the conference in a more professional way, we involved more international speakers and we worked a lot on the quality of content. We decided to improve the conference in two main ways. The first one as said, the quality of content. We worked on founding an advisory board, a sort of program committee and we worked hard to select the best speakers from the United States, from Europe but also from Italy. Secondly, we tried to promote the experiences of our attendees. We created more networking spaces, we introduced 20-minutes break after each talk so people have more opportunities to socialize and share ideas. 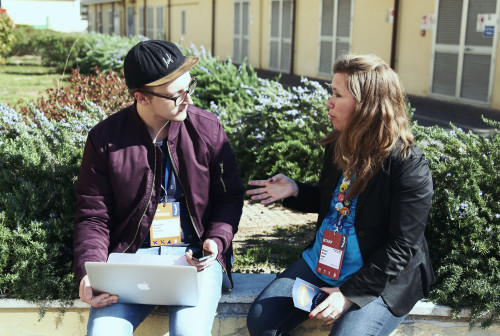 Benni: Okay. What makes Codemotion so special? What makes it stand out from other tech conferences or to put it differently since you are one of the founders of Codemotion – what is the general idea behind Codemotion?

Chiara: The general idea behind Codemotion comes with the name. Emotion + Code. Our passion and our enthusiasm is the key to success of Codemotion. What is really characteristic is that we are open to all languages and technologies. It’s a good opportunity for attendees to network and discover new things, to learn about new technologies and topics that are not necessarily related to their daily job. For example if you are a PHP developer and you attend a PHP conference you can and will obviously focus on this technology. At Codemotion you can also discover new technologies and network with major companies and local startups at the same time.

Benni: That’s right. Based on your general idea, what are the key developments you would like to see the conference format Codemotion going to in the next years? 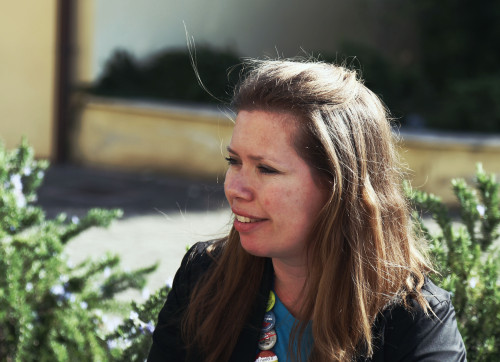 “We want to grow abroad as well as an international conference series.”

Benni: Final question, Madrid, Berlin, Amsterdam, Dublin – where should this lead to? What’s your goal in terms of internationalization?

Chiara: We want to grow abroad as well as an international conference series. The idea is to set up a interdisciplinary group and establish the brand name Codemotion. We want to create a really strong group of Codemotion organizers in all countries we are so far.

Benni: Great that we can be a part of it. Thank you so much for the interview and also for the invitation to come here.

Chiara: Berlin for us is a really interesting opportunity, we love Berlin and we would like to collaborate with you year by year.

Benni: We love Berlin too, thank you. Rome as well.

Benni: That’s what we all love the most of course!

Thanks again for having us in Rome. Here you can get some information about our trip to Codemotion Rome.